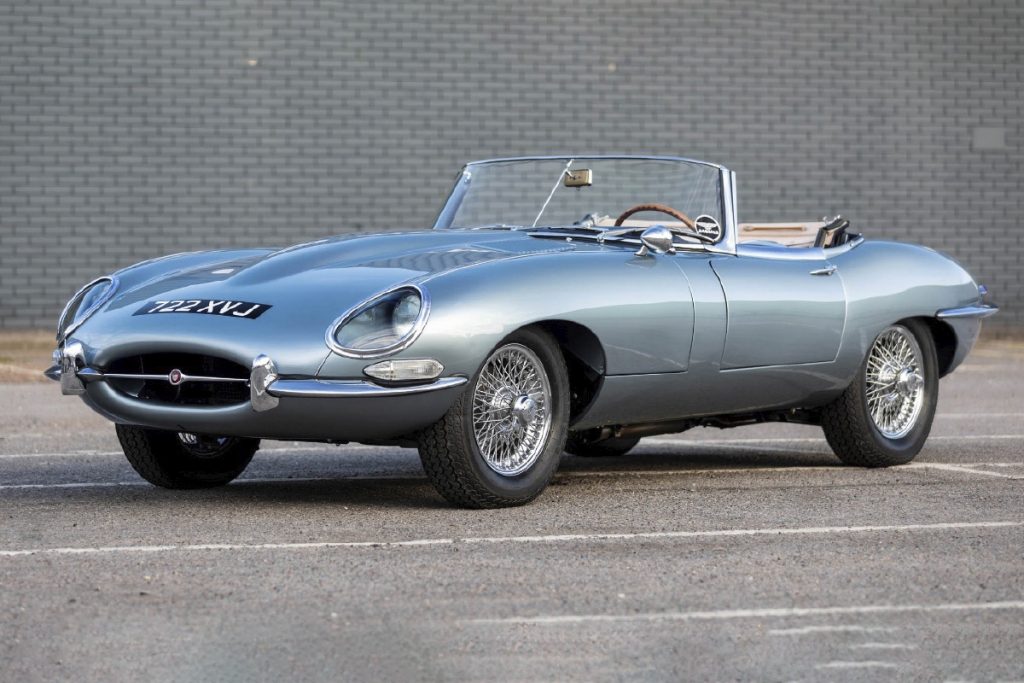 Following the well publicised launch at the Geneva Motor Show in March 1961 to a generation on the brink of the swinging sixties, the all new Jaguar E-Type 3.8 litre was so well received that orders for the new roadster and fixed head coupe were difficult to fulfill for many months into early production. A clear racing pedigree inherited from the Le Mans winning C-Type and D-Type led to the production of two prototype race cars, E1A & later E2A. Jaguar’s racing experience delivered a monocoque bodied car with lightweight engine frame supports at the front of the car, independent front and rear suspension, disc brakes all around (inboard at the rear to reduce unsprung weight), and power supplied by the legendary twin-cam inline-6 cylinder XK engine with a claimed top speed of 150 MPH.

This particular car was built on October 23rd, 1961 and registered as a 1962 model. Factory reference materials indicate that the outside bonnet latches were phased out of production about a week prior to this car being constructed. The factory flat floor and welded louvers remain on the car as they were when originally completed. The car was sold new to G.E. Sloan of Joliet, Illinois where it was used for some years, eventually finding its way to Mississippi. In the early 1990s, the next owner, famed collector Peter Mullin of Los Angeles, CA, purchased the car with the intent of fully restoring it. However, Mullin decided to concentrate his resources on his Art Deco collection, leaving the car to a new owner. In 1998, the current owner of Pasadena, CA took over the project. The car was completely disassembled, but the engine and wishbone rear end assembly had already been professionally rebuilt, crated and prepared for installation. Though the car was complete and faithfully tended to, the rotisserie restoration of the body, trim, and careful collection of correct parts would take another decade to complete in order to restore a factory correct early E-Type roadster.

Other early features include the Pumpkin Orange cylinder head carried over from the XK150 and headlight buckets correctly painted in body colour. And while every detail of the restoration was carefully studied for accurate application, the added plus is that this car retains the original engine block and head, original chassis, and a correct Moss gearbox (though not the factory original unit). A 5 speed all synchromesh gearbox supplied by CMC of Bridgenorth is currently fitted. A team of specialists with expertise in Jaguar cars was assigned to complete the restoration. Reed Jensen of Glendale, CA performed all mechanical work, Classic Vision of Burbank, CA applied the stunning Light Opalescent Blue paint over their superb bodywork, and Tony D’Allesandro of Los Angeles, CA thoughtfully tailored the factory correct interior. The correct convertible top was replaced in 2016 and new Vredestein tyres were also recently installed.

With a production run from 1961 to 1975, these early cars are undoubtably the most sort after E-Type from the 14-year production run of over 38,000 cars worldwide. The sculpted bucket seats, aluminium dash and center console denote early 3.8 litre cars. The original is the best! It can be unusual to find a design that from the outset is considered by fans of the E-Type to be the best.

From a prominent UK collection, this E-Type has benefitted from regular running maintenance and has recently been the subject of an engine and gearbox removal to install a new rear main oil seal. The result is a dry engine and gearbox free from oil leaks. 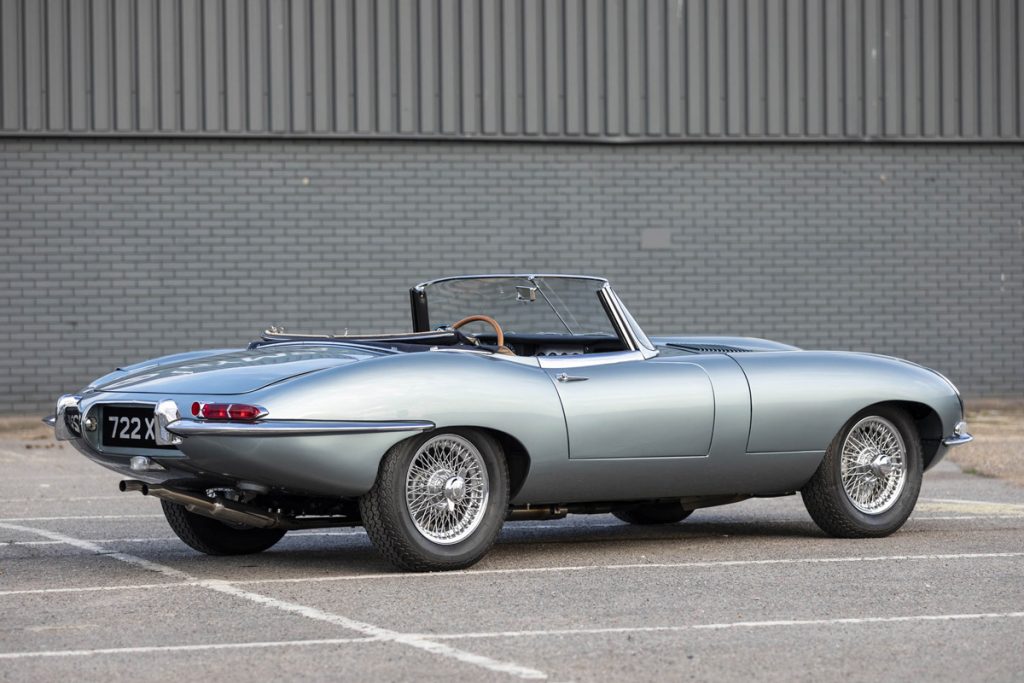 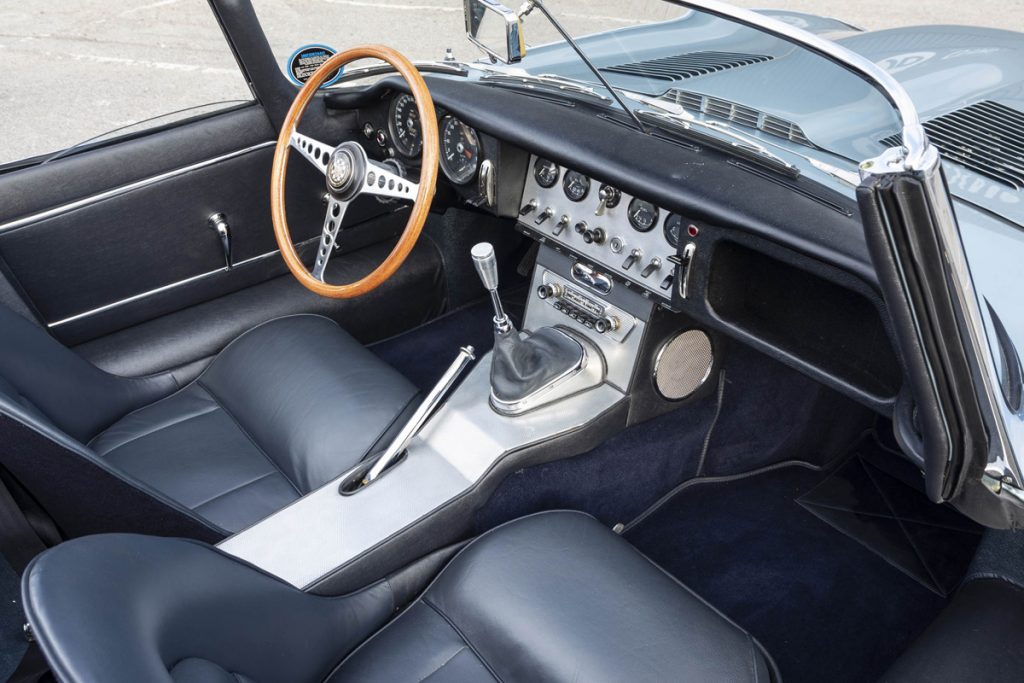 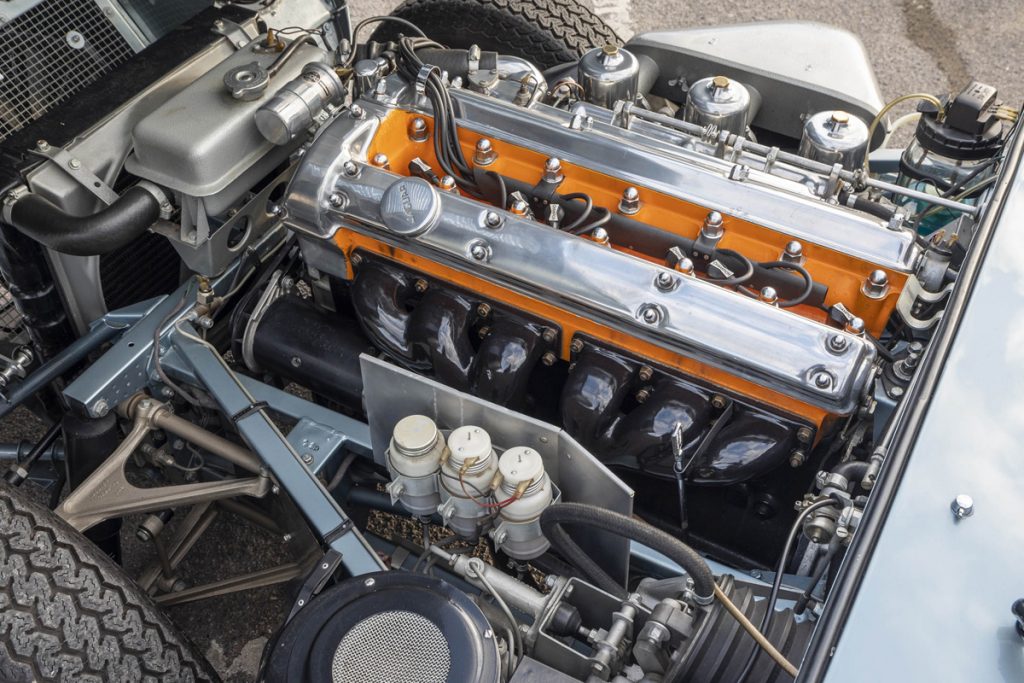 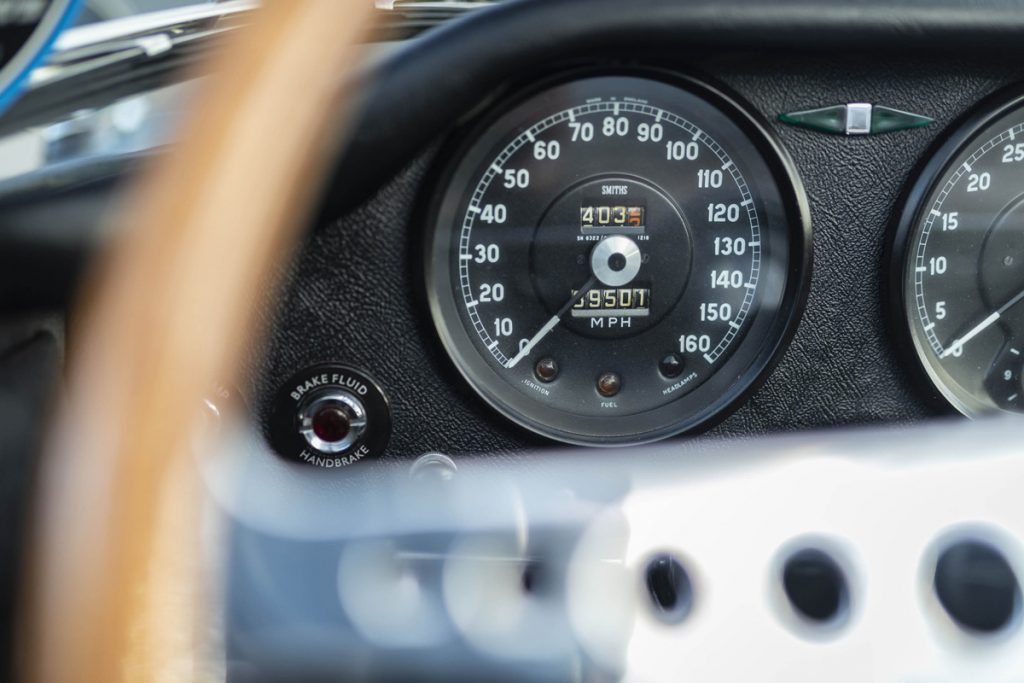 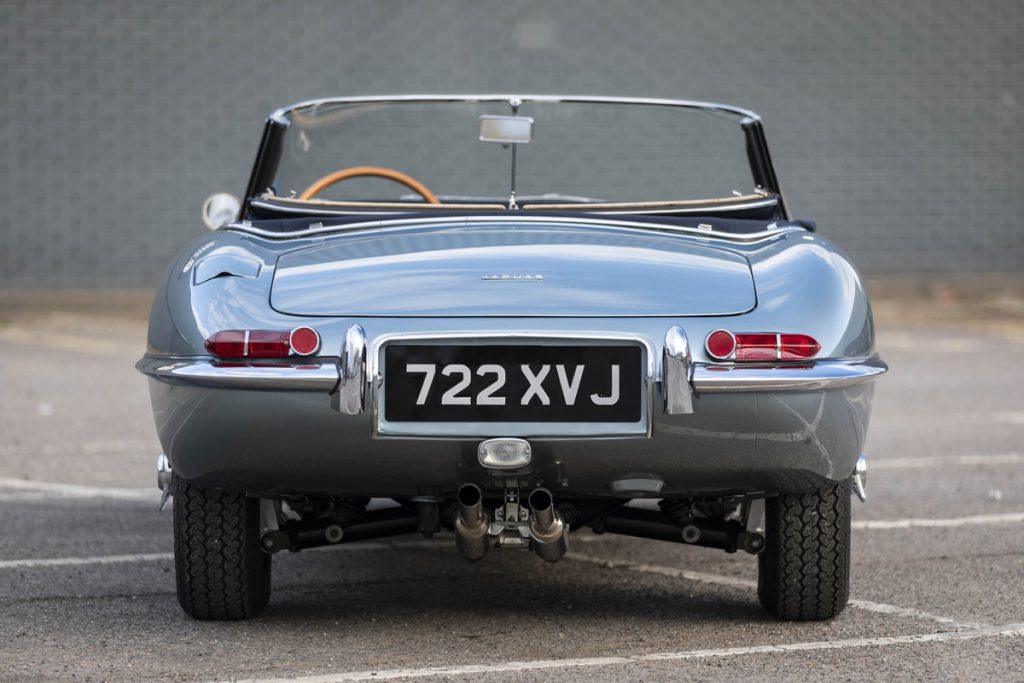