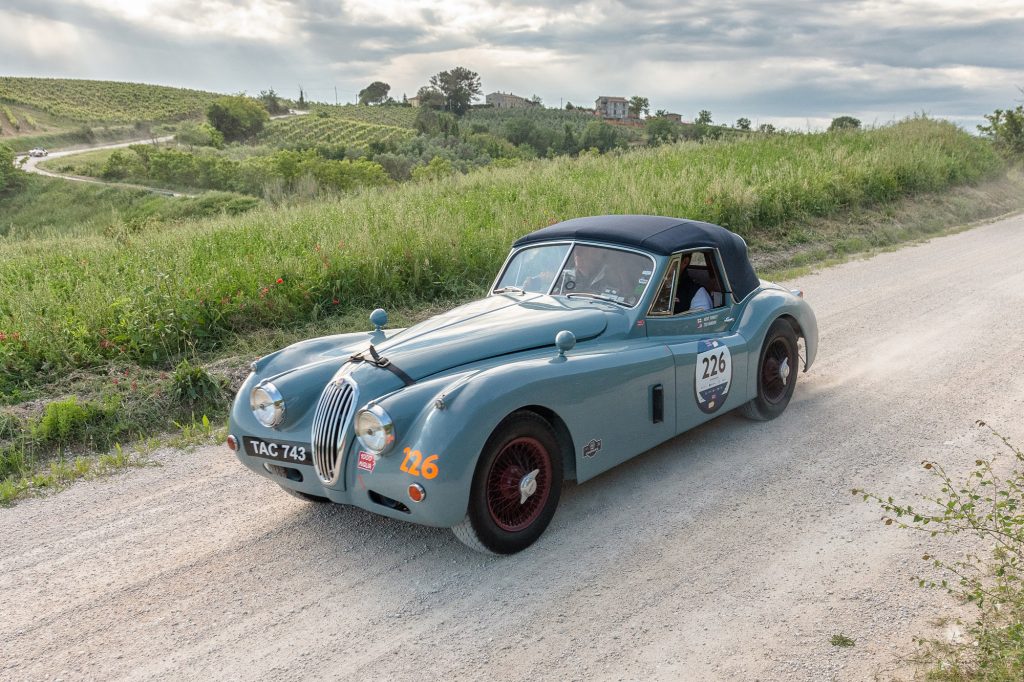 The Hobbs family XK140 DHC was David’s second family supplied race car. David graduated to racing his father’s XK140 in 1960 after his first season racing his mother’s hotted up seven year old Morris Oxford. The Pastel Blue XK140 SE DHC ‘TAC 743’ was an upgrade on both luxury and power. The season opener at Oulton Park in April 1960 saw David turn the XK on its roof during the last lap in front of a televised crowd. David’s father Howard new about the accident by the time a call was made home to break the news having watched the race on Television.

David went on to successfully race TAC during the 1960 season in touring and GT races at Goodwood, Silverstone, Snetterton and Mallory Park with upgraded tripe SU carburettors and his father’s own ‘Hobbs Mecha-Matic’ automatic gearbox. Being apprenticed to Daimler and then Jaguar obviously helped with spares and upgrades including front disc brakes and an upgraded engine built by his friend Len Lucas at Jaguar.

Lofty England had showed interest in the early exploits of David and the XK140 and even remarked the XK was a ‘smart turn-out’ sitting on pole position at Silverstone where he was race director. Apparently ‘Lofty’ liked the way David drove TAC.

The 1961 season would see David behind the wheel of a newly acquired Lotus Elite equipped with the Mecha-Matic automatic gearbox recording 14 wins from 18 starts. This would be enough to convince Lofty England to ask David to test at Silverstone an experimental car on the premises at Jaguar known as E2A. E2A had already been raced at Le Mans the year before. Lofty pulled a few strings to set David up with a professional drive for the 1962 season with team owner Peter Berry. David would go on to greater things in a variety of disciplines during a highly successful career that included an impressive tally of 20 Le Mans 24 Hours races. From 1976 to 2017 David was a Television commentator with CBS & NBC in the USA.

The next chapter in the story of TAC involved the sale of the tired and bruised Road / Race XK140 to Dick Tindell. Deciding to try something new, Tindell commissioned Coachbuilder Freddie Owen to fabricate an all-new, lightweight body in aluminium, and no doubt Owens resultant styling was possibly influenced to some extent by that of the recently launched Jaguar E-Type. In this form TAC 743 continued its competition career at the hands of Tindell, which included various club circuit races and the Brighton Speed Trials. A former RAF rear-gunner, Tindell also owned a Lister Costin BHL 130 during this period, both cars painted in Claremont Blue as recently confirmed by Dick’s son Adam, they made a striking pair.

By 1970 TAC had been sold to Rodney Bolwell who continued to race the 140 with some success before it ultimately passed to Trevor Groom. Groom successfully raced TAC 743 at a number of international and UK venues including Spa, Zandvoort, Monthlery, and the 2006 Goodwood Revival where he finished third in the Fordwater Trophy. With a desire to return TAC 743 to its original condition, Groom had the car professionally restored, fitting a correct Drop Head Body and repainting it in its original Pastel Blue.

With an engine build carried out by JD Classics prior to the 2018 Mille Miglia, TAC is offered in immaculate condition ‘Mille specification’. This unique competition XK140 is the chance to own a fascinating part of Jaguar’s history with the potential to compete again in prestigious events. The original lightweight aluminium Freddie Owen body is included in the sale. 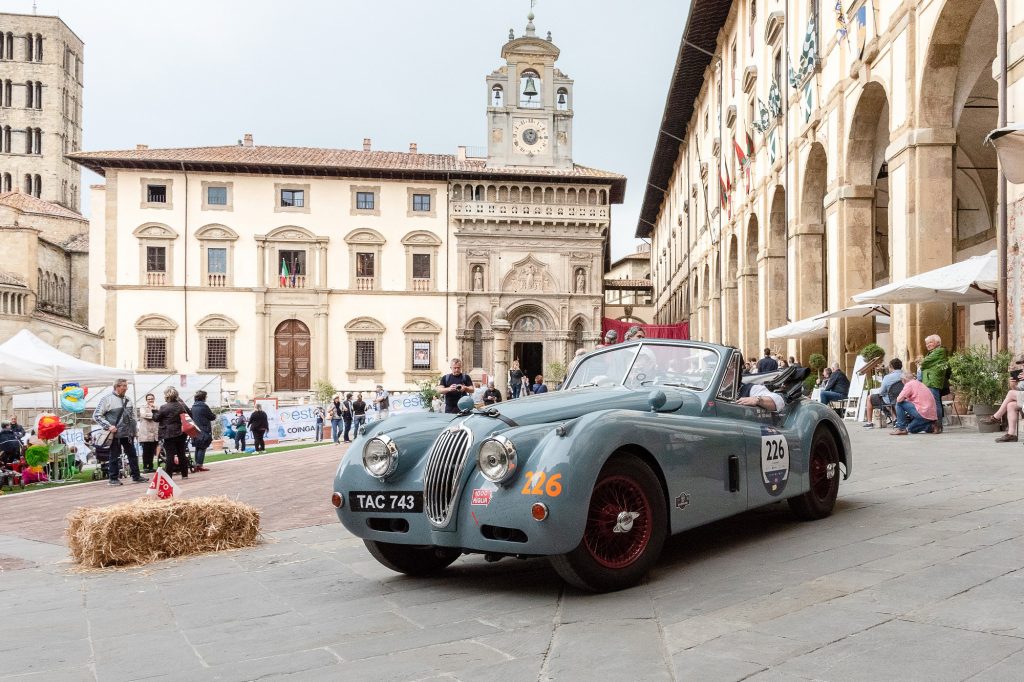 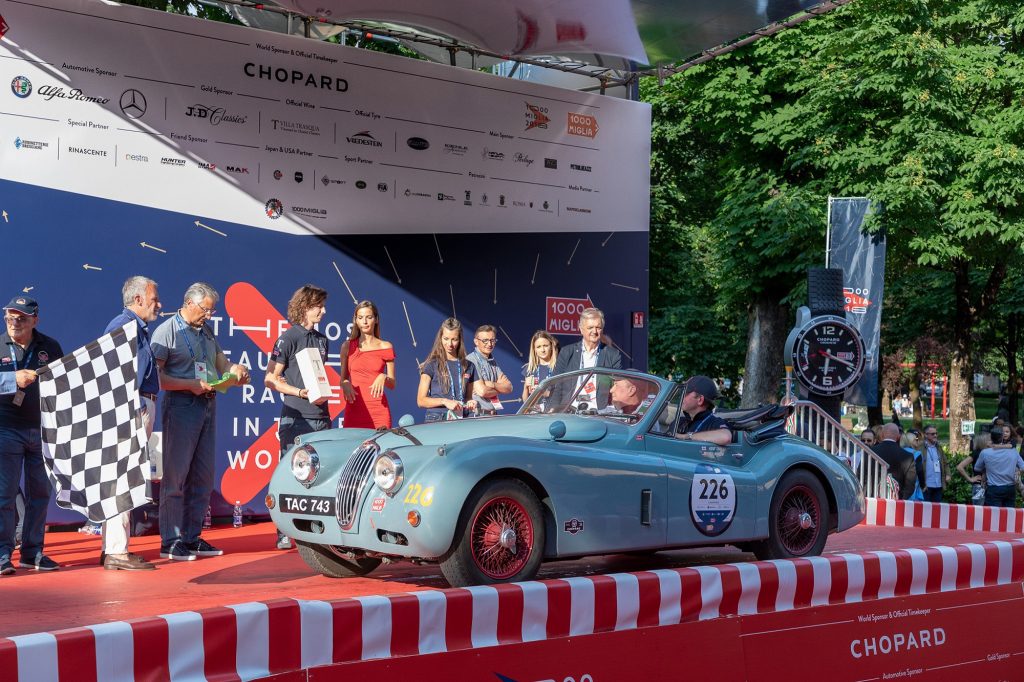 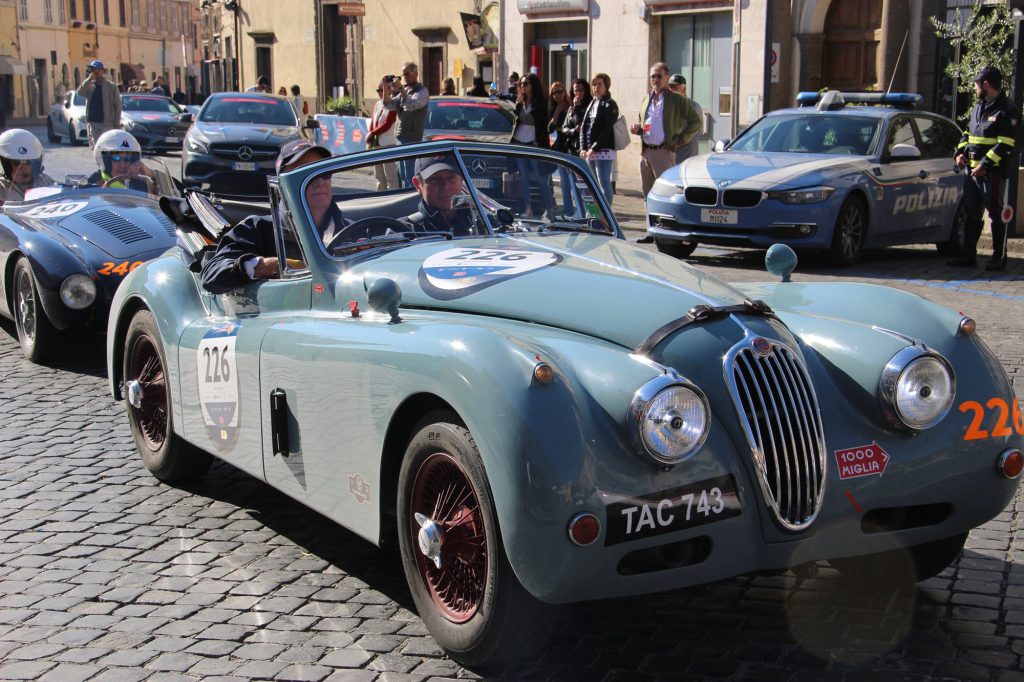 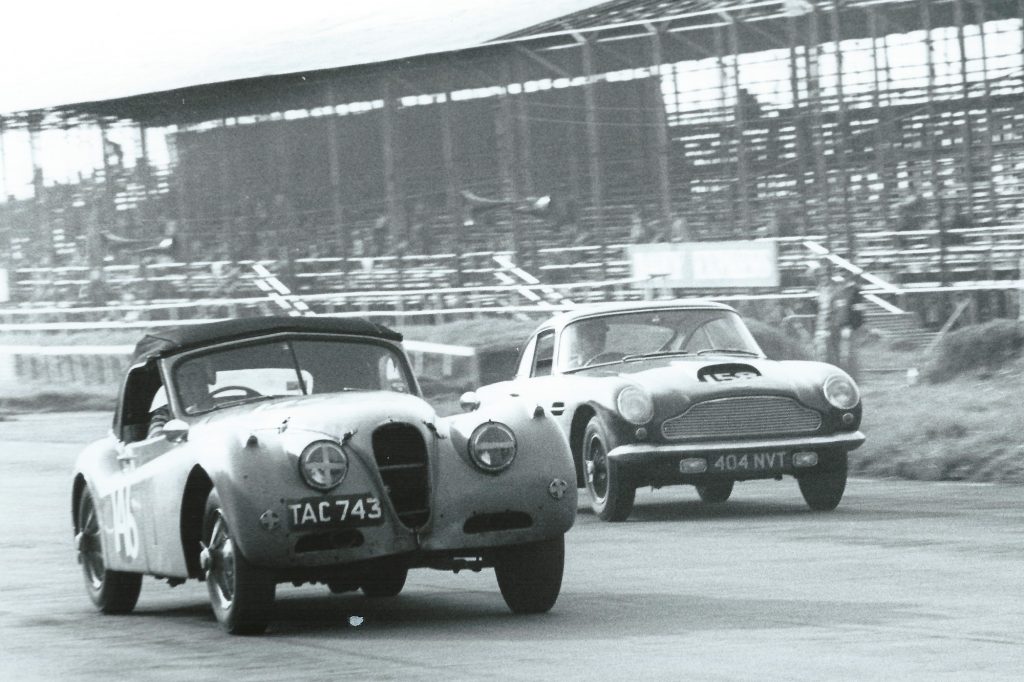 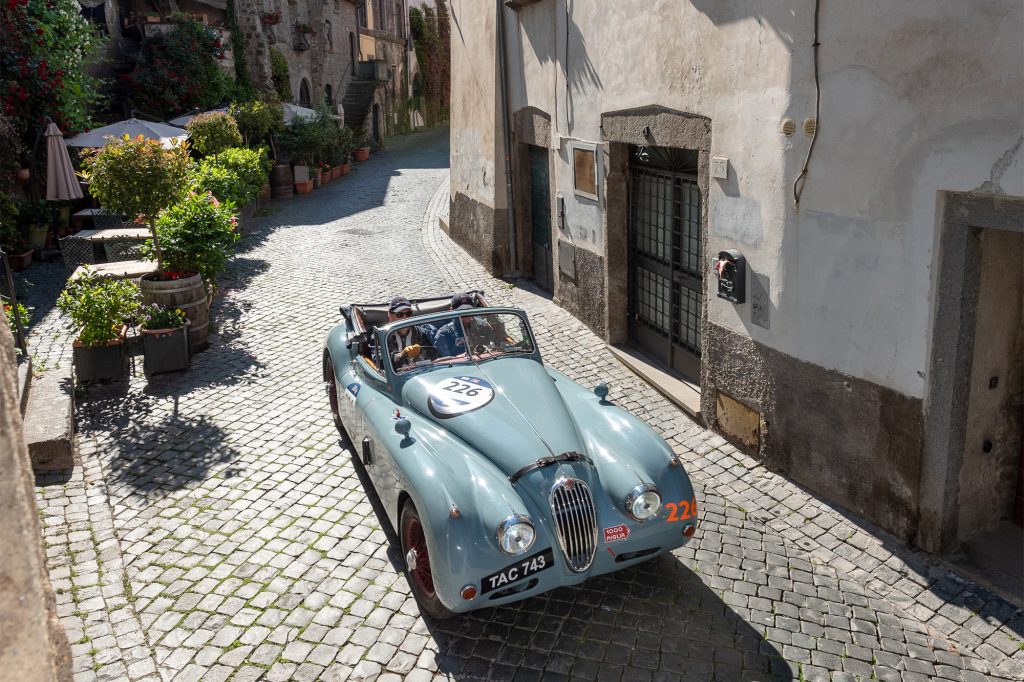