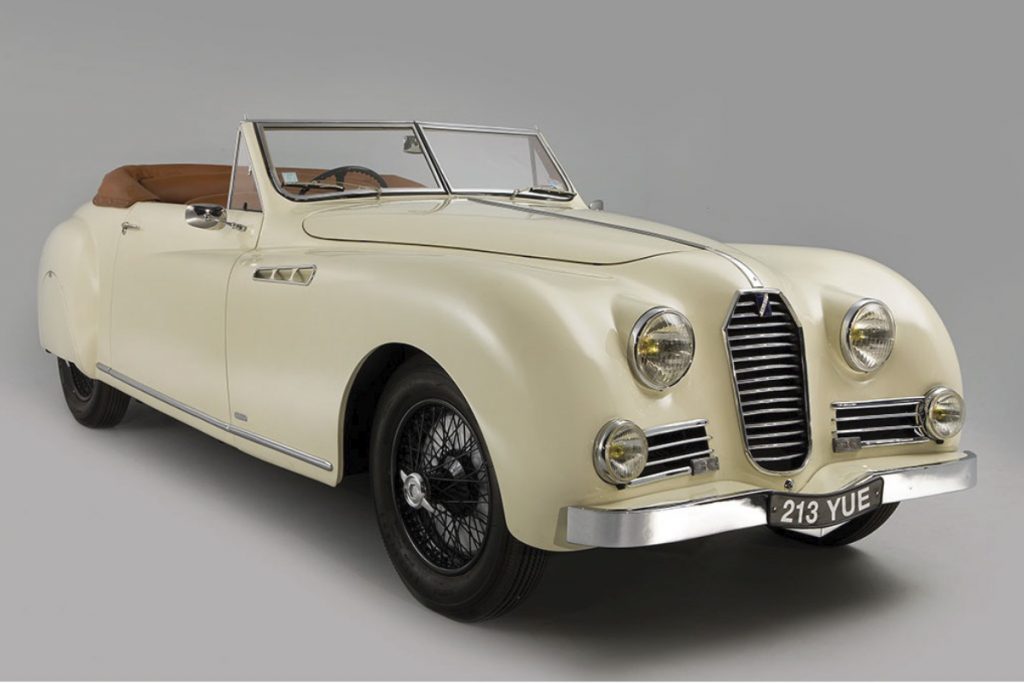 Talbot Lago
In October 1946, Talbot-Lago had a small stand behind Peugeot at the Paris Salon. The brand-new T26 Record model was shown. It was available in four body styles, including a lovely factory convertible. In 1934, Joseph Figoni had helped Anthony Lago design a line of factory bodies for Talbot-Lago. The post-war Record was the final evolution of these beautiful designs, tastefully updated by Carlo Delaisse, a well-known designer who had worked for the great coachbuilders Vanvooren and Letourneur et Marchand. Nevertheless, the Record chassis was also immediately made available to the trade.

The chassis and drivetrain were new. Fully independent front suspension with coils ensured superior handling, while the trademark pre-selector Wilson gearbox was a joy to use in comparison to the cantankerous long-throw and slow-shifting boxes other cars were fitted with at the time. But the real jewel was the magnificent 4.5-litre six-cylinder twin-cam hemi engine that Anthony Lago had developed during the War with Carlo Marchetti, his chief engineer. Not only was it lovely to look at with its polished Art Deco valve covers, it also gave exceptional torque, and with its 170 hp, it made the Lago Record one of the most powerful passenger cars in the world. It was a grande routière in the classic manner and looked the part with its conservative, elegantly proportioned bodies and long, long hood in the 1939 idiom.

After the War, Antem developed a number of tasteful semi-pontoon designs characterized by a back-sloping grille, front fenders that faded elegantly into the bodywork and rounded rear fenders that flowed harmoniously into the svelte rear deck. Usually, the front fender carried an air vent originally inspired by the Buick Ventiports that influenced many French coachbuilders in the late 1940s. The overall effect of these Antem bodies was a very smooth style that was sporting and refined at the same time, and variations were mounted on a number of Delahaye and Talbot chassis.

Talbot Lago T26 Record by Antem – Chassis: 101001
This Talbot-Lago features all of these signature Antem design elements. Indeed, the car was shown on the Antem stand at the 1949 Paris Salon as a 1950 model. The current owner acquired the car in 2008. Found to be In good mechanical condition, the decision was made to improve the car visually by carrying out a bare-metal repaint, and trimming the interior in new tobacco coloured leather. Today, chassis number 101001 presents a rare and unique opportunity to acquire a powerful grande routière with very rare cabriolet coachwork. From a prominent UK collection, the Talbot Lago has benefitted from regular running maintenance and is an exciting, sporting car. This Talbot-Lago is perfect to use as a thrilling driver with the possibility of entry to world-class events. 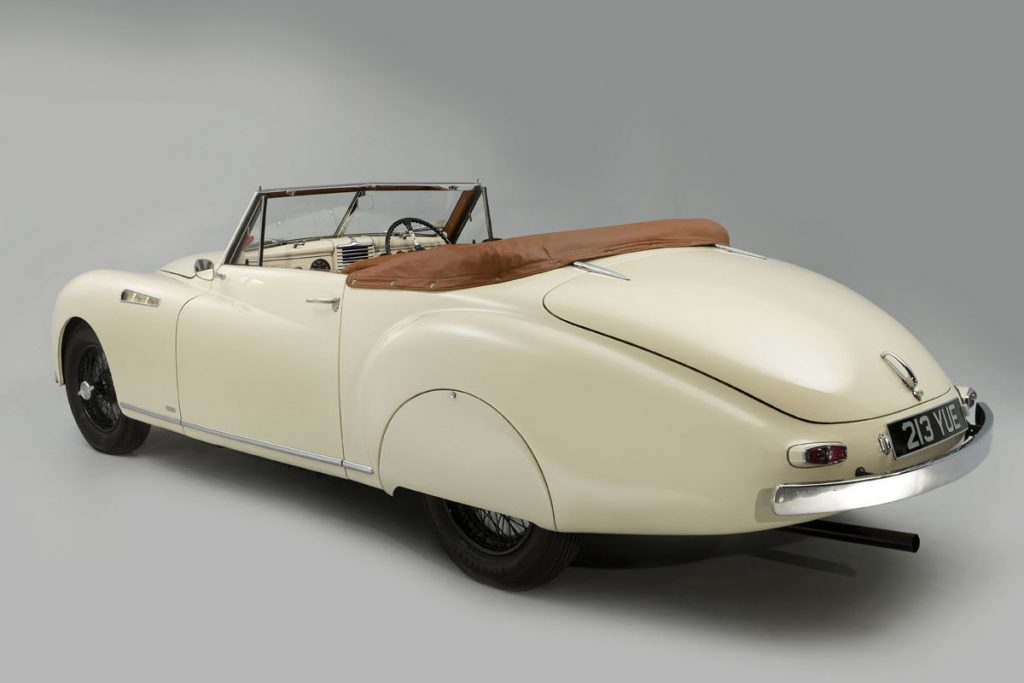 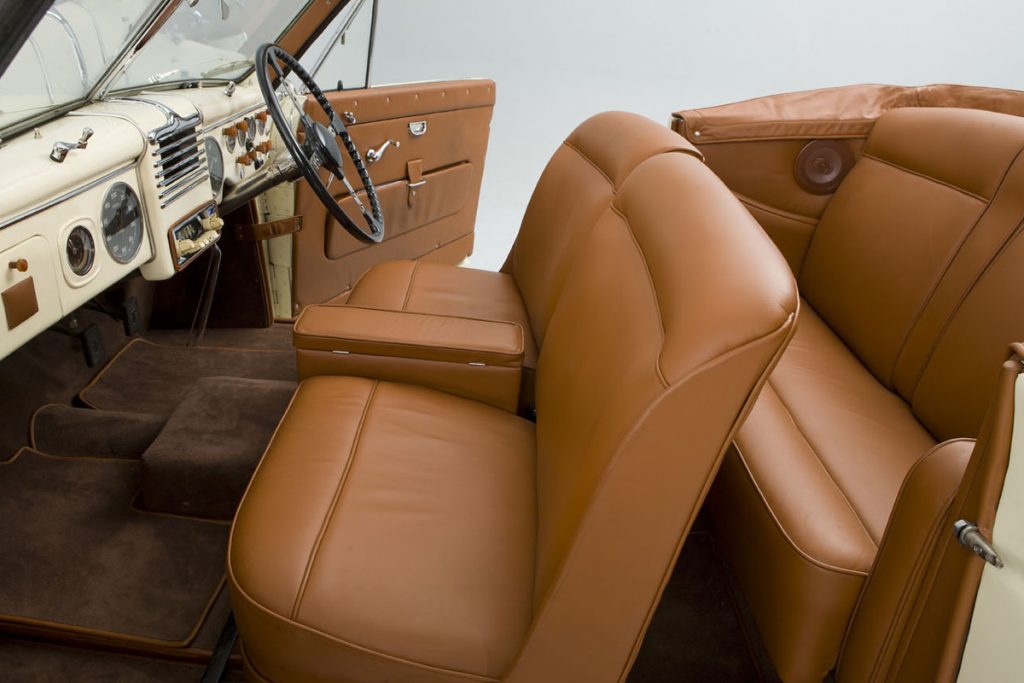 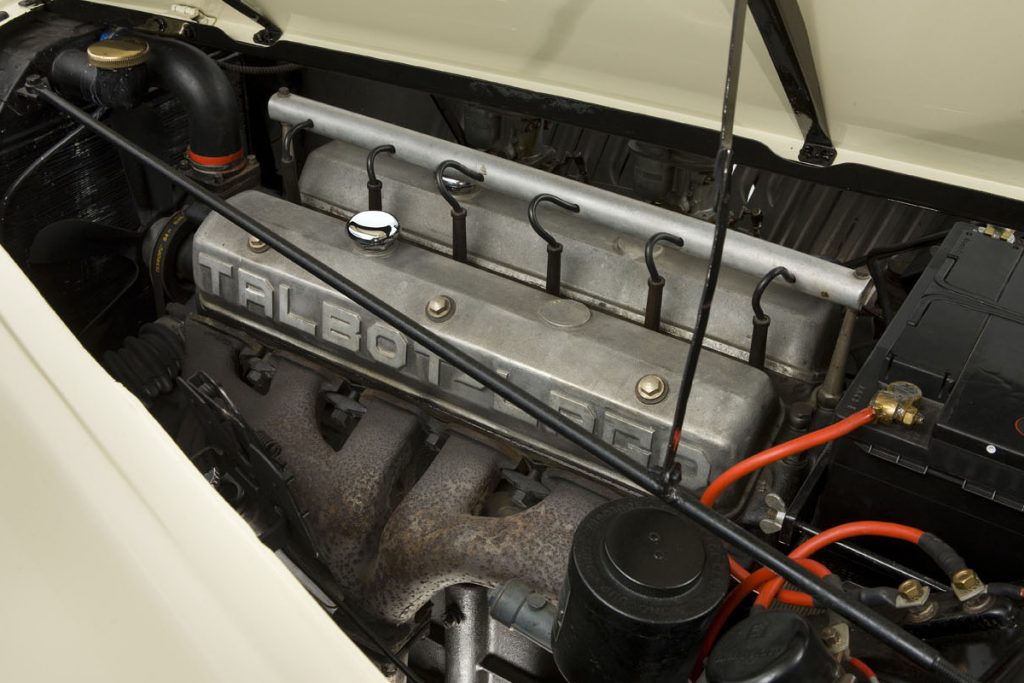 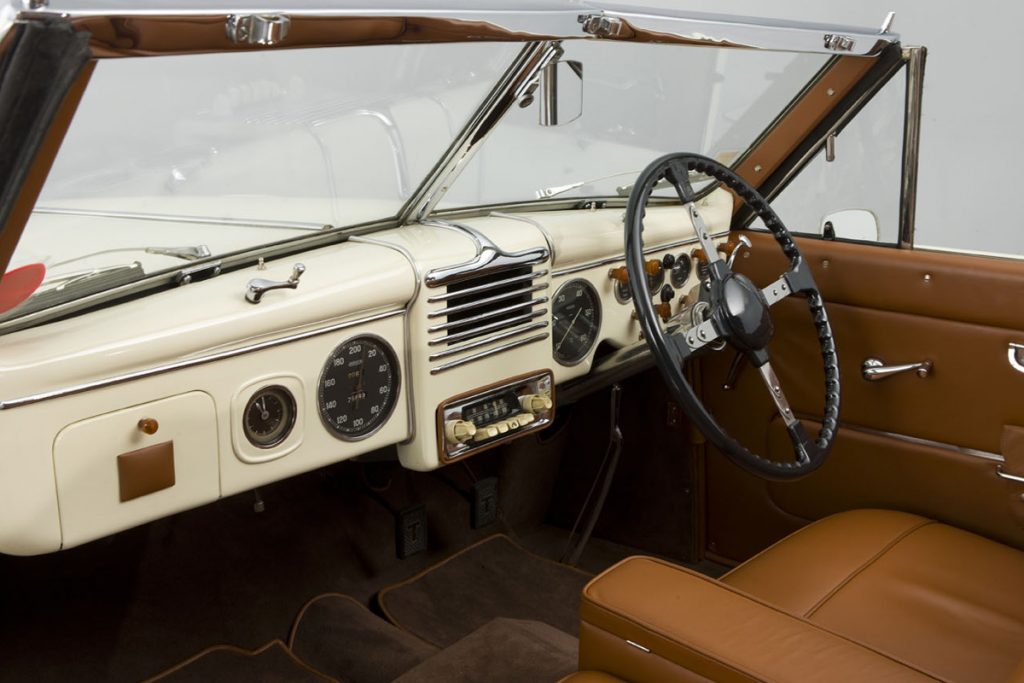 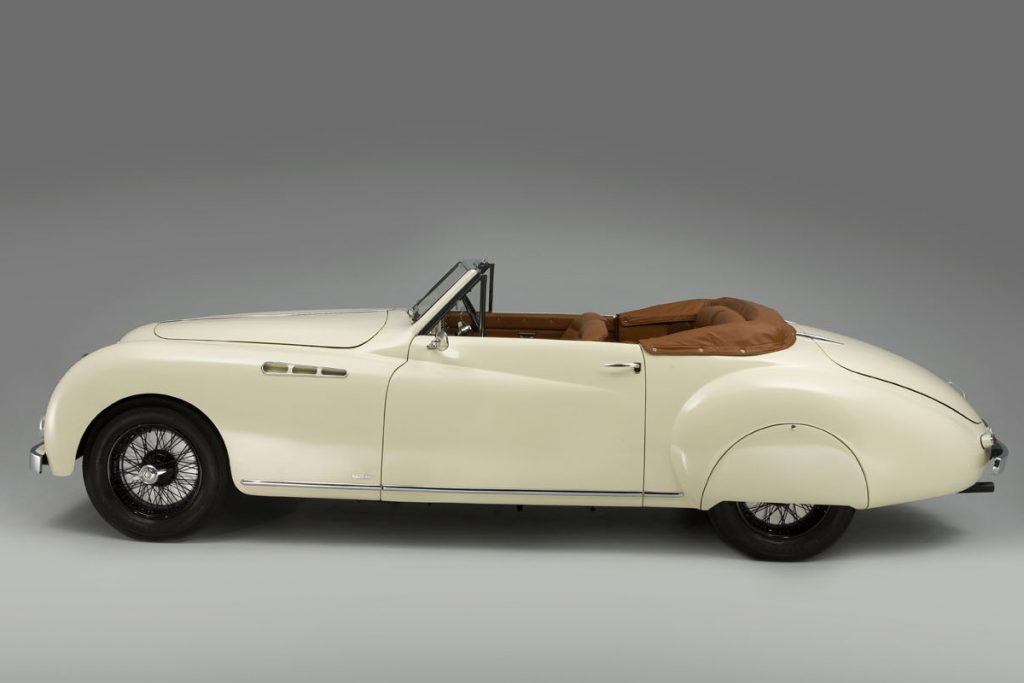