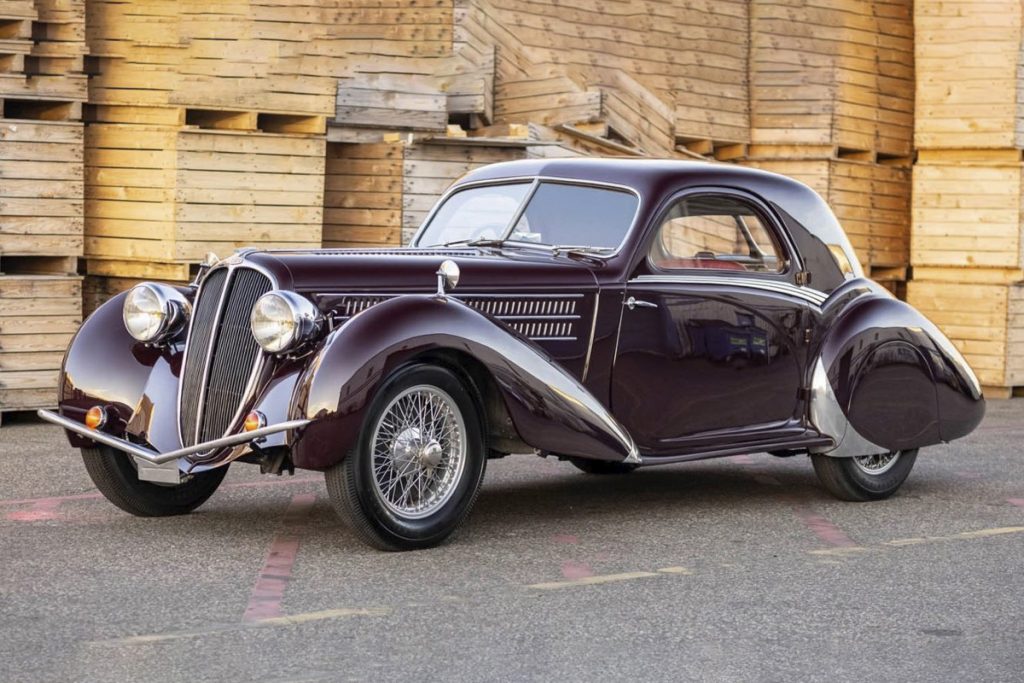 Cars International Heritage are delighted to offer for sale this wonderful 1946 Delahaye 135M with coachwork by Van Leersum.

The Delahaye
Based initially at Tours, and from 1906 in Paris, Delahaye built its first automobile in 1894, and grew to become one of the most successful and innovative French luxury car manufacturers of the pre-war period. Delahaye started with building quality, belt-driven single and twin cylinder horseless carriages. His designs were so successful that he quickly needed significant investment to keep his business going. He was able to secure funding via some enthusiastic partners but, sadly, Delahaye did not live long enough to see his company’s successes, and he died in 1905. But before he died, he hired some very influential and creative engineers who carried on his legacy with some truly spectacular machines. Many patents were issued toDelahaye prior to World War I and perhaps the most important were for a V6 cylinder layout as well as a twin-cam multi-valve engine. For the 1910s, Delahaye as a company had quite amazing foresight.

Its early products tended to be rather pedestrian, but then in 1935 came the first of a new generation that would change the marque’s image forever: the T135 Coupe Des Alpes. A fine sporting car, the T135 was powered by an engine which, although designed for car use, had first appeared in a Delahaye commercial vehicle. The 3.2-liter, six-cylinder, overhead-valve unit produced 110bhp on triple Solex carburettors, while the chassis featured transverse-leaf independent front suspension, four-speed synchromesh or Cotal gearboxes, center-lock wire wheels and Bendix brakes.

Delahaye improved on the formula the following year with the 3.6-litre, 120/130bhp T135MS, and the sports version was soon making a name for itself in competitions, taking 2nd, 3rd, 4th and 5th places in the run-to-sportscar-regulations 1936 French Grand Prix and winning the Monte Carlo Rally and Le Mans 24-Hour Race outright in 1937 and 1938 respectively. Prince Bira won the 1938 Donington 12-Hour Sports Car Race in Prince Chula’s example and went on to take victory in Brooklands’ “fastest road car in England” race against some formidable opposition.

The model reappeared post WW II as the 135M with the 3.6-litre engine and lasted in production until 1951. By this time Delahaye was in serious financial difficulty as a result of the French government’s taxation policies, which heavily penalized cars of over 3.0 litres, and in 1954 was taken over by Hotchkiss. Delahaye had no in-house coachworks, so all its chassis were bodied by independents, which created some of their most attractive designs on the Type 135. It was a most fortuitous partnership, resulting in memorable automotive sculpture from the likes of Saoutchik, Henry Chapron, Franay, Graber, Pennock and Figoni et Falaschi.

Delahaye 135M Van Leersum
One of the more popular markets for Delahaye was the Netherlands, where a number of the cars received convertible bodies by the English sounding Pennock after the war. This striking Delahaye Coupe is understood to have been built by one of the more obscure names in European coachbuilding, Van Leersum of Hilversum in the Netherlands. This company took the name of its designer, the visionary Jan van Leersum, who established his company in 1919 and remained in business until 1952.

Leersums’s designs were generally rather Avant Garde, and through the 1930s he was focused on the vogue of streamlining, not only for cars, but also coaches and commercial light vehicles He also addressed detail problems in his own inimitable style, with various novel accessory features such as sunroofs and aerodynamic trunks. The Coupe would therefore have been one of the last cars that he created, and echoes some of the styling of a more well-known Delahaye that he bodied the year before.

According to research made by Jean-Paul Tissot of the Delahaye Club and respected author Richard Adatto, chassis 800311 would date from approximately 1946, and is therefore a transitional model, as for many of these cars they would have been constructed using parts that had been created before the war and then stored before revival of business operations. Whether it was delivered that year with the new Van Leersum bodywork, or whether that took some time is not known, but by February 1949, the car was registered as “9277 RQ 7” in the Paris, Seine registration region. Later on in its life it was in the hands of Mr. Ennio Gianaroli, a noted Italian collector domiciled in Belgium, where it would have shared a stable with a number of Ferraris, such as a 340 America. He is thought to have parted with it around 1980. A photo from this period is depicted in the Tissot authored book Delahaye – La Belle Carrosserie Francaise. After various ownerships, the car joined the present collection in the mid-2000s, where it has been part of a collection including some of the greatest automobiles that its nation built and numerous examples of its breed.

Prior to this ownership the Delahaye underwent some restoration work, which has cleverly focused its attributes on the dividing “fin” on the trunk lid, with the addition of a divided rear window trim piece, and generally glamorized it with its disc wheels upgraded to chrome wires and bumpers replaced with Figoni-style “blades”.

The concours lawns are frequently graced with examples of collaborations between Delahaye and the multitude of European coachbuilders that exercised their craft on the Delahaye chassis, but even among those cars this will likely stand out as an intriguing and individual design. 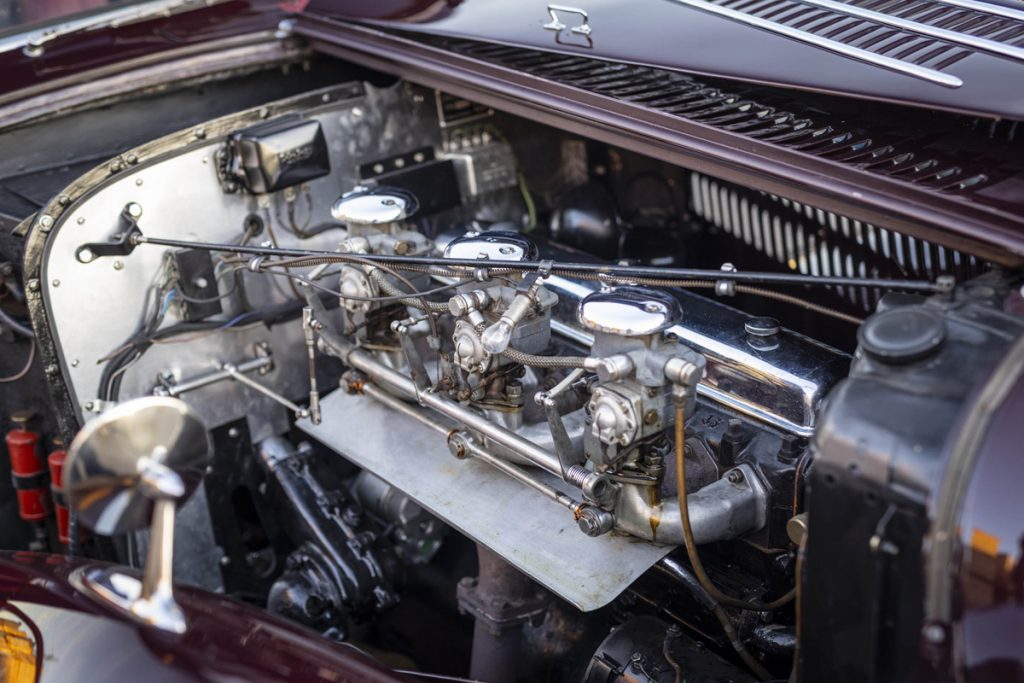 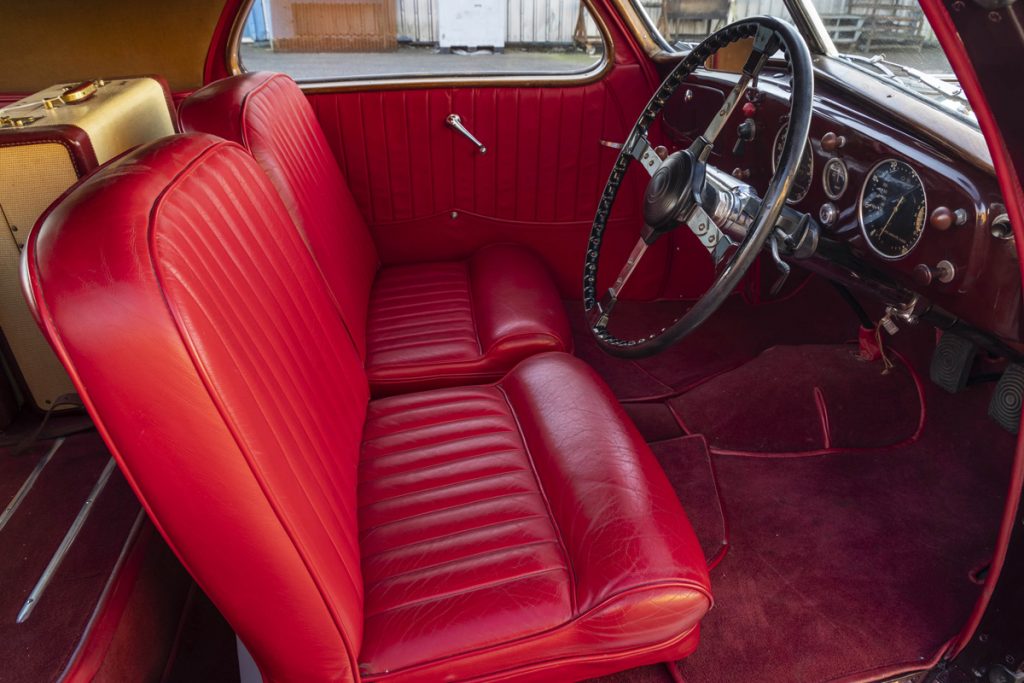 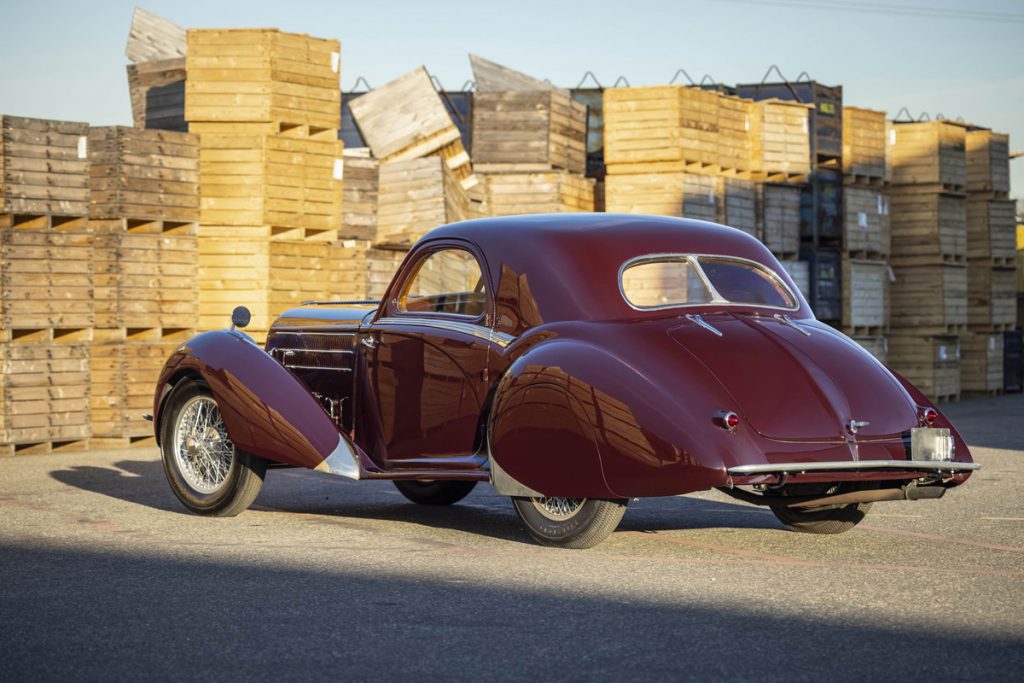 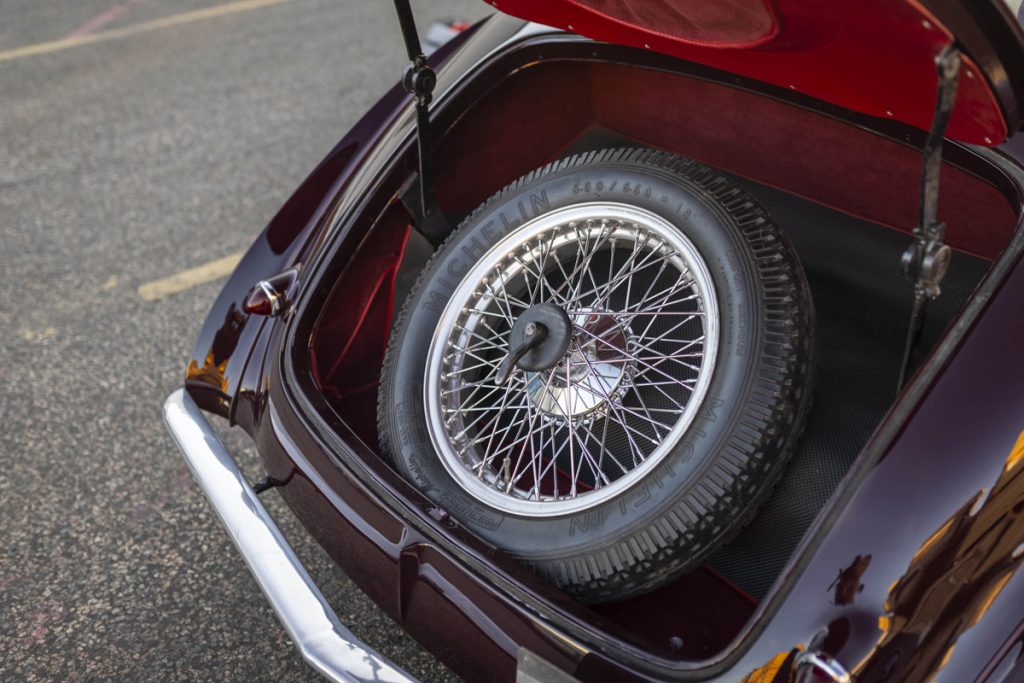 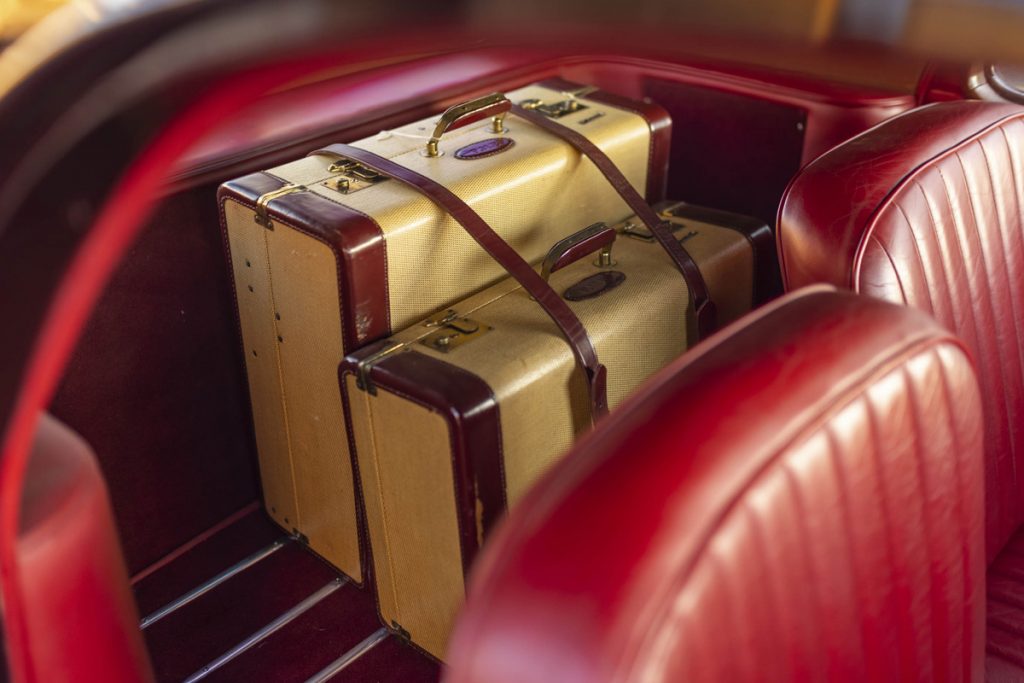